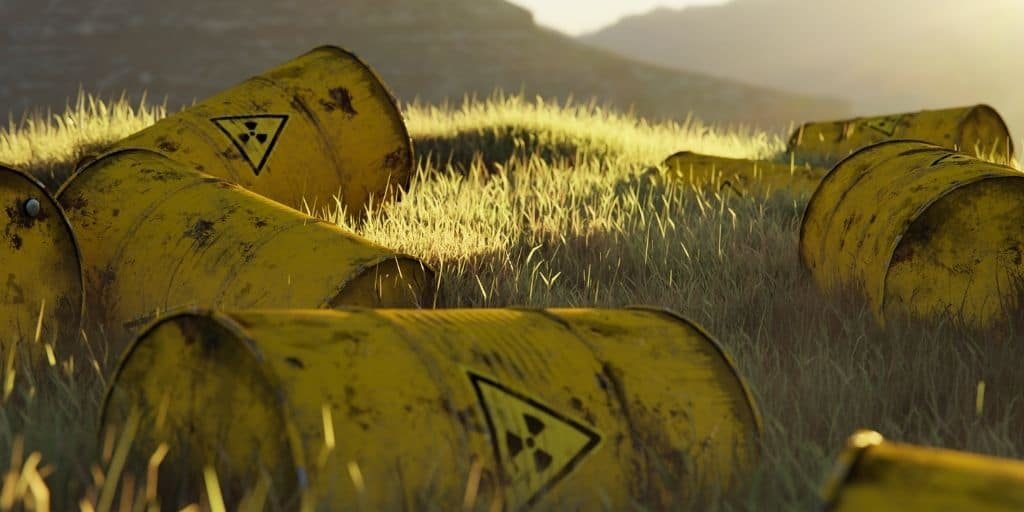 In the nuclear energy debate, those who oppose its use often cite nuclear waste disposal as one of the biggest disadvantages. Indeed, the highly toxic byproducts of nuclear reactors can remain radioactive for tens of thousands of years. While countries around the world stumble, Finland has come up with a breakthrough solution: bury its nuclear waste 430 metres below ground.

What is Nuclear Waste and Why is it Dangerous?

In the nuclear energy equation, the storage and disposal of nuclear waste play a huge role. This comes in two forms: from leftover fuels used in nuclear power plants and from facilities involved in nuclear weapons production. Regardless of the source, this hazardous waste contains highly poisonous chemicals like plutonium and uranium pellets. These extremely toxic materials remain highly radioactive for tens of thousands of years, posing a threat to agricultural land, fishing waters, and freshwater sources as well as to humans. For this reason, it is crucial that they are meticulously and permanently disposed of.

Two of the world’s biggest nuclear accidents – the Fukushima nuclear disaster (2011) and the Chernobyl disaster (1986) – were responsible for the release of a significant amount of radioactive isotopes into the atmosphere, which created huge consequences for people and the environment. These disasters raised concerns about the storage and disposal of nuclear waste and led governments to find safer alternatives to this form of energy. However, in recent years, countries like France, the US, China, and India have shown renewed interest in nuclear power, announcing plans to build new plants in the years ahead as part of their net-zero roadmaps. According to Rystad Energy, investments in nuclear are projected to reach USD$46 billion in 2023, up from USD$44 billion in 2021. Furthermore, following the energy crisis amid the conflict in Ukraine, European countries that are highly dependent on Russian oil like Belgium delayed their plans for a nuclear phaseout. While this form of electricity is emission-free and thus a better alternative to highly polluting fossil fuels, the decision of several nations to keep relying on nuclear energy sparked fears related to the dangers of highly radioactive spent fuel. Indeed, while 55 new reactors across the world are currently being built, not enough people are taking the complexity of dismantling plants and storing nuclear waste into consideration.

How Are Countries Dealing With Nuclear Waste?

Since the 1950s, when early commercial nuclear power stations started operating, more than 250,000 tonnes of highly toxic nuclear waste have been accumulated and spread across 14 countries worldwide. In most cases, the highly radioactive material is collected and stored in inactive nuclear power plants. In the case of Chernobyl, some of the plant’s reactors still contain an enormous amount of waste that will remain dangerous for tens of thousands of years. In 2019, one reactor was finally encased below an enormous steel and concrete structure. However, the USD$1.6-billion construction will safely store the radioactive material for only about a century and is thus just a temporary solution.

Ukraine is not the only country that decided to store nuclear waste in power plants that are no longer operating. The largest quantity of untreated nuclear waste on the planet is currently stored in the Sellafield plant in the UK. Yet, the maintenance of these sites can be extremely costly and it requires a large amount of manpower. Despite having shut down in 2003, more than 100,000 employees are involved in ongoing cleanup and nuclear-decommissioning activities at Sellafield that are expected to last more than a century and will cost the government a staggering USD$118 billion. While these temporary measures prove to be a safe solution to nuclear waste storage, engineers are now studying ways to dispose of it permanently.

How to Choose the Right Waste Container for Your Business
November 9, 2022

How Much Do We Waste? A Data-Driven Guide to Waste and Landfills
October 12, 2022

Solved! How to Dispose of Mineral Spirits the Right Way
October 10, 2022
Application Form
Recent posts
Our Services
Contact Us
Go to Top