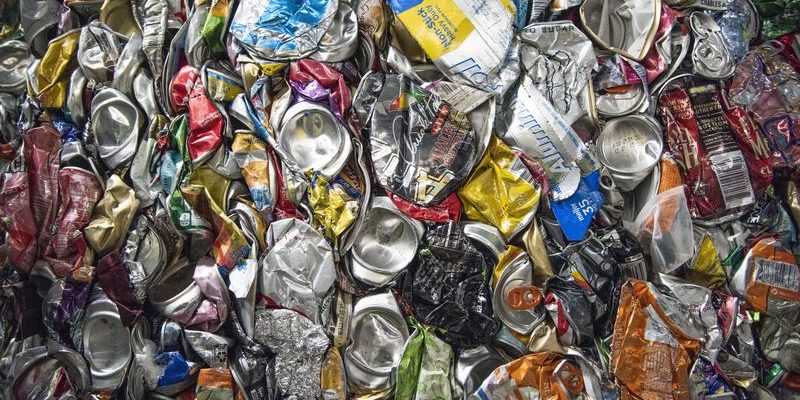 Ann Arbor’s recycling plant was such a mess six years ago that the city shut it down due to safety concerns and fired the private operator.

Fast forward to now and the city-owned Materials Recovery Facility at 4150 Platt Road is once again humming with life, now under the management of nonprofit Recycle Ann Arbor.

It took a year of construction to complete a $7.25 million overhaul of the defunct facility, making repairs and installing new equipment. It reopened Dec. 1 and Recycle Ann Arbor allowed press to tour it for the first time this past week.

The single-stream plant’s physical redesign and operating strategy are driven by a zero-waste ethic, according to Recycle Ann Arbor, which is on a mission to recycle as much of the materials that come through as possible.

“Recycling needs to be authentic to reap all the potential benefits it can bring,” CEO Bryan Ukena said in a statement. “In addition to creating much-needed recycling capacity to southeast Michigan, we want our zero-waste MRF to be a model for anchoring effective recycling programs and systems.”

In addition to serving Ann Arbor under a 10-year contract, it’s now processing materials from Ypsilanti and the surrounding area, bringing in materials from cities that previously shipped recyclables out of state for sorting and/or cut back their municipal recycling programs.

Describing the new and improved plant as a regional hub designed to process 34,000 tons annually with a single shift, Recycle Ann Arbor says it’s working to recycle materials to their highest value and best use within regional markets.

The nonprofit reports it’s now sending all paper, cardboard, metal and three types of plastics (numbers 1, 2 and 5) that it processes to regional end markets, the furthest being just under 200 miles from the facility, proving local end markets are achievable.

Those end-market agreements also adhere to the zero-waste principle, prioritizing manufacturers that use post-consumer content to produce products that can be recycled over and over again, rather than “downcycled” for limited use.