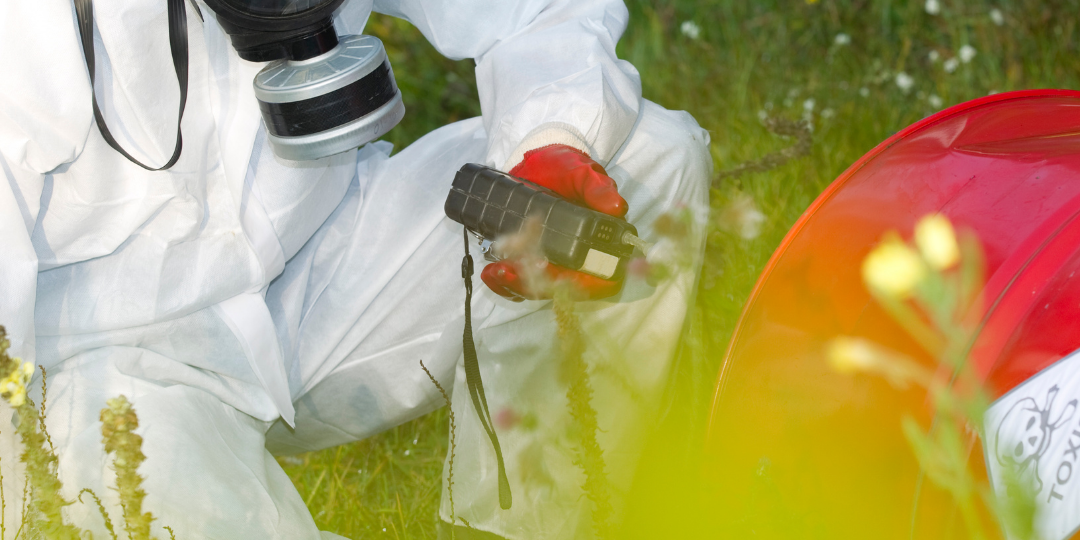 More and more industries are looking for green solutions. Here are five technologies those in environmental remediation should consider.

According to Energy Central:

“Environmental remediation deals with the removal of pollution, contamination and exposure to radiation from groundwater, soil, sediments or rocks. It is undertaken to undo the harm, as a result of human intervention. Remediation norms generally vary with regulatory standards of areas, but once requested by government, immediate action needs to be taken, including prompt evacuation.

“While remediation technologies are many, but they can be largely categorized into in-situ and ex-situ methods. In-situ methods deal with the treatment of contamination, right at the spot and configuration of polluted land, but the latter needs excavation and extraction of elements for subsequent treatment at the surface. Generally, land and groundwater is polluted by oil spills and other high risk scrap, and one must know about the ins and outs of hazardous waste disposal for preventing contamination. However, let’s look at some green technologies for environmental remediation, once a natural resource gets polluted:

“It is an ex-situ heat treatment process that makes use of different melting point of substances, to remove contaminants from the solid matrix of soil, sludge or filter cake. It is significantly different from incineration process, which heats the contaminated material up to a point of destruction, damaging the soil as well. “It has two components which includes, the thermal desorber and a collection chamber. The excavated soil is heated in an enclosed container. Heat turns volatile organic compounds (VOCs) and some semi-volatile organic compounds (SVOCs) into vapors. The temperature range is 200-600 °F for VOC and 600-1000 °F for SVOC. These vapors get evaporated and are collected in a gas collection chamber. The collected organic vapors are usually destroyed by further heat treatment and converting them into carbon dioxide and water. Other elements may be recycled and reused. If the soil contains elements that do not evaporate, such as metals they may be transported elsewhere for more rigorous treatment.

“Also known as solubilization and recovery, it involves injecting a chemical solution across the contaminated zone and pumping out waste from an extraction point. Usually, a number of injection and extraction points are used to cover a large contaminated area. The primary objective in SEAR process is the removal of maximum amount of contaminant with minimum amount of pumped chemical while maintaining the hydraulic control and diffusion of waste and chemical.

“The injected chemicals are hydrocarbon mitigation agents, which are termed as surfactants. These chemicals greatly enhance the solubility of organic contaminants (like oil) in aqueous medium. They also facilitate two immiscible liquids to mix together by reducing the Interfacial tension (IFT). Numeric modeling is used to simulate the effect of surfactant in presence of unknown sources of contamination in the soil. It also displays the flooding process under different hydrogeologic conditions at the site

“In this process chemical oxidants are used to change harmful contaminants into less toxic ones. Oxidants range from Hydrogen Peroxide, Ozone gas, Potassium Permanganate or Persulfates. Pure oxygen gas or ambient air can also be pumped to assist the growth of aerobic bacteria, which gradually eats up organic contaminants.

“In Situ Chemical Oxidation or ISCO can be used to treat groundwater and soil contamination. ISCO can be followed by other rigorous methods such as Pump and Treat to clean up contaminants which are otherwise difficult to remove. “When oxidants are pumped through the contaminated region, a chemical reaction occurs that produces fairly harmless byproducts. Sometimes the sludge is recirculated to treat a larger area. Ozone is a strong oxidant, but present in gaseous form, as a result, seldom used. Catalysts are often used to increase the rate of oxidation. For instance, iron catalyst is added with Hydrogen Peroxide to make the mixture more reactive. ISCO may produce enough heat to cause contaminants to evaporate and rise to the surface level for easy removal by extraction.

“Both SVE and Air sparging are physical treatment processes for in situ remediation of soil in vadose zone (unsaturated state). Both the processes extract contaminant vapor from below the ground to the surface, for subsequent treatment, however the mechanisms are contradictory. SVE pull vapors out, from soil above the water table by application of vacuum, while in air sparging process, air is pumped to push contaminants from groundwater and wet soil from beneath the water table. “Extraction– Both processes involve drilling a well into the contaminated soil to an appropriate depth (above water table for SVE). Air Sparging uses a blower and SVE has a vacuum pump attached to the well, called as injection well and extraction well respectively.

“Treatment– The vapors that reach surface through extraction, are referred to as ‘off-gases’. They are pumped into an air water separator, to remove moisture. The dry air is then pumped through containers of activated carbon, which captures the contamination, leaving clean air to exit into atmosphere. Sometimes filter material are used to break down the contaminant into Carbon Dioxide and water vapor, while other times it is destroyed by heating.

“Nanoparticles are hailed as the future of technology. They are widely employed for medical purposes, computing and various other fields. In recent times, nanoremediation has been widely used for groundwater treatment, with an extensive testing and research for wastewater treatment and sediment cleanup. Scientists are even exploring the use of nanoparticles to remove toxicity from gases.

“In soil and groundwater nanoremediation, small sized particles are infused into the contaminated spot, by direct injection or pump-and-treat process. Nanoparticles are highly reactive because of large surface area to volume ratio. They degrade organic contaminants through redox reactions, and even immobilize toxic metals such as Lead, Mercury and Arsenic. Most field applications have used Nano Zero-Valent Iron(nZVI) for commercial remediation of groundwater and soil. Due to their small size, they can pervade very small spaces on contaminant surface, and remain suspended like colloids, helping it to travel farther and achieve wider distribution for enhanced remediation.

“Environmental remediation is usually funded and ‘assisted’ by government and related authorities. Groundwater and surface soil pollution is a major health hazard but remediation process also poses an incremental health risk to a receptor (human being). While it is a way to rejuvenate the quality natural resource in a sustainable manner, but when the project is underway, one is highly recommended to shield himself away from the operation site.”

7 Commercial Cleaning Industry Trends to Set Your Business Apart in 2021
May 4, 2021

The Importance of the Different Types of Environmental Remediation
March 30, 2021
Application Form
Go to Top